Over €183,600 Extra Funding for Childcare Services in Dún Laoghaire Rathdown

Strategic investment in childcare will improve affordability and accessibility for parents 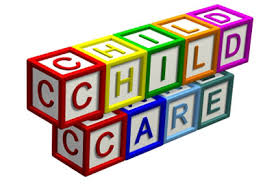 Fine Gael TD for Dún Laoghaire, Mary Mitchell O’Connor said that today’s proposals for strategic investment in childcare would improve affordability, quality and accessibility for parents and children across Ireland. “This major new childcare report, launched by the… Read More Fine Gael TD for Dún Laoghaire, Mary Mitchell O’Connor has encouraged parents and guardians in Dún Laoghaire to give their views on future investment in early years and school-age (after-school and out-of-school) care and education services. “The Minister… Read More

Have your say on the issue of childcare and early education

The Minister for Children and Youth Affairs, Dr. James Reilly, T.D., is inviting submissions from interested parties, including parents and practitioners to inform the work of his recently established Inter-Departmental Group on Future Investment in Early Years and… Read More

With empty schools and halls all over the country we are failing to capitalise on a most valuable resource. Fine Gael Dun Laoghaire Deputy, Mary Mitchell O’Connor, has today (Thursday) said that we must look at real, affordable… Read More