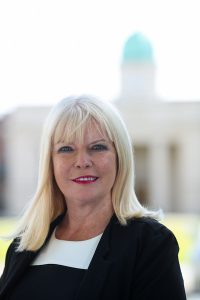 The Minister for Higher Education, Mary Mitchell O’Connor T.D. welcomed the approval by the Government of insertions and amendments to the Technological Universities Bill.

Minister Mitchell O’Connor said, “I am delighted that we can now proceed to progress the revised Technological Universities Bill through the Houses of the Oireachtas. I look forward to debating and engaging with Deputies and Senators on this very important piece of legislation for the Higher Education sector.

The Minister stated “I am sure we will produce through the legislative process what will be seen as a very significant milestone in the evolution of the Higher Education sector and the Institutes of Technology sector in particular. The legislation when enacted will underpin the development of a new type of Higher Education institution, focusing on the combined strengths of our excellent Institutes of Technology to develop into top class Technological Universities”.

It is also intended that an insertion will be made at Report Stage of the Bill to allow the Minister for Education and Skills to appoint an investigator to a publicly funded Higher Education institution to investigate and report on issues related to governance and management of the institution. The relevant provisions will be introduced at Report Stage for which Cabinet approval will also be sought. The drafting of these specific amendments are being finalised between Department officials and the Attorney General’s Office.

Minister Mitchell O’Connor said “The advancement of the Bill to early enactment by the end of the year if possible, will pave the way for consortia that are ready to make applications for designation to apply and be assessed in 2018.

She went on to say, “This will be a very significant and advantageous step for the Higher Education sector and will have major benefits for the sector, students, the community and regional development. It will constitute a step change for the new institutions when established in terms of their critical mass, reach and influence regionally, nationally and internationally”.