I was delighted that so many people attended the recent coffee morning in the Royal Irish Yacht Club in Dun Laoghaire. It was a very positive event and there was a wonderful atmosphere in the room.

Thank you so much to everyone who attended on the day, and to those who were unable to attend and sent good wishes. Thanks also for the donations to Breast Cancer Ireland, we raised €675 through your generosity.

Please see below a copy of the acknowledgement from BCI in thanks for the funds raised.

Breast cancer is currently the second most common cancer in women in Ireland. Every year it affects about 3,000 women and 20 men in this country. Breast Cancer Ireland, and other cancer charities, do phenomenal work to support patients and their families, as well as contributing to vital ongoing research to help to combat the disease.

I would like to thank the Royal Irish Yacht Club for the beautiful setting for the event; and Ciara Holmes, from Breast Cancer Ireland, for giving her time to attend on the morning.

Sincere thanks to Ian McConnell from the band El C, who also joined us on the day. Ian played their Christmas Single “Don’t Cry for Christmas”, a beautiful, poignant song, which touched the hearts of everyone in the room. The single can be pre-ordered here and all proceeds from the song will go to The Irish Cancer Society and Cancer Research UK, in memory of lost loved ones. 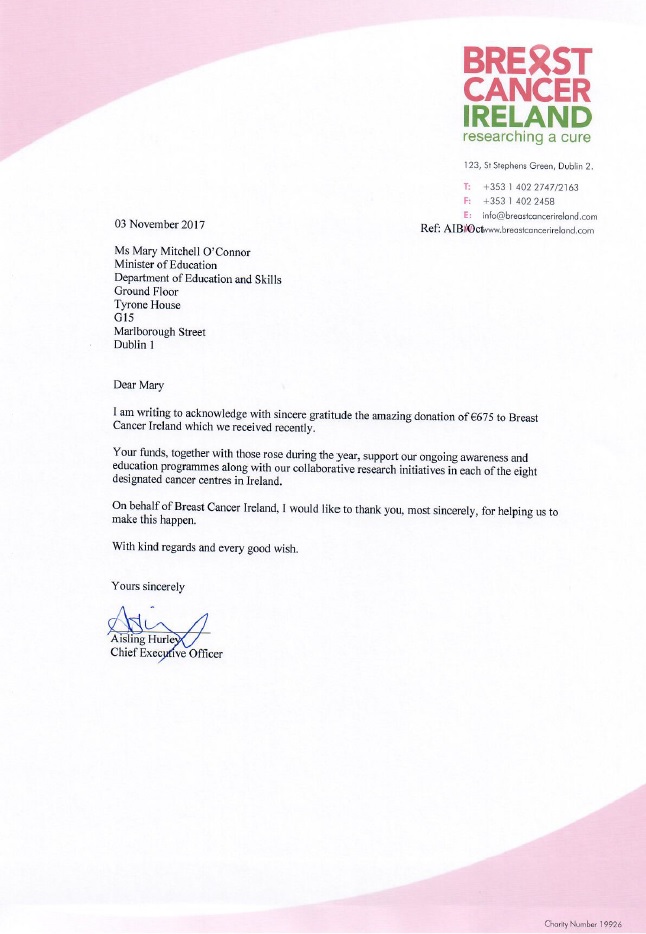