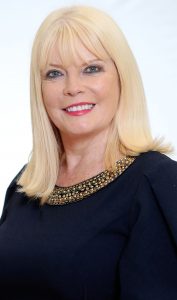 The new technological university shall be named Technological University Dublin in English and Ollscoil Teicneolaíochta Bhaile Átha Cliath in the Irish language.

The provision for the creation of technological universities under the enabling 2018 legislation, which was piloted through the Oireachtas by the Minister of State for Higher Education, Mary Mitchell O’Connor, T.D., is a key element of the Government’s plan to drive balanced regional economic growth and development under Project Ireland 2040 and under the Action Plan for Education 2018 to make Ireland’s education and training service the best in Europe by 2026.

Minister of State Mitchell O’Connor said “The establishment of Technological University Dublin, the first ever technological university in the history of the State, on 1 January 2019, will be a milestone date and event in the evolution of the Irish higher education sector”.

Only last November, I re-introduced the Technological Universities Bill at Committee Stage in the Dáil and took the Bill, through the legislative process to its conclusive signing into law by President Higgins on 19 March 2018. Shortly thereafter, the first application for designation as a technological university under the new Act was made by the TU4Dublin consortium in late April. Following a comprehensive international expert advisory panel assessment and the supporting views of the Higher Education Authority, the Minister for Education and Skills granted the consortium’s application on 17 July 2018. So, in the space of a little over 12 months, we will see the first technological university opening its doors to students”.

Technological University Dublin will be Ireland’s largest university with almost 28,000 students. It will provide a wide range of programmes at Levels 6 to 8 on the National Framework of Qualifications and will also provide programmes to qualify students at post-graduate Levels 9 and 10. The new university will develop and use new knowledge through industry-focused research and will enhance the pivotal regional and national role traditionally played by Institutes of Technology in facilitating the widest possible access and progression by students of all ages and socio-economic backgrounds through a multiplicity of full-time, part-time, blended and on-line learning approaches”.

Flowing from the National Strategy for Higher Education to 2030 and in alignment with Government policy in Project Ireland 2040 for prioritising the rebalancing of regional development, including through appropriate higher education provision, technological universities are central to driving enhanced regional development and delivering improved student experience.

The Minster of State said “Students who graduate at the end of the 2018/2019 academic year will receive their awards from the new university, the first to do so in the history of the state. Students who accepted a place in DIT, IT Blanchardstown or IT Tallaght in August 2018, as well as those currently some way through their courses, can equally look forward to receiving their graduation parchments from the new university.

In addition to the benefits for students and staff, the aim of this new type of Higher Education Institution is to help stimulate more balanced regional growth by providing a pipeline of highly skilled graduates, fostering innovation, building research capacity and by becoming embedded proactively and positively at the heart of local and regional communities”.