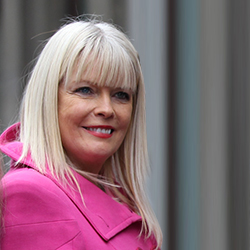 Shakespeare wrote “Something is rotten in the State of Denmark” and during the Celtic tiger years there was something very rotten in the State of Ireland. However, this Government is trying to regain control. It is trying to dole out the appropriate medicine and as any patient will tell you, medicine can taste bitter. However, the medicine is working and we are closing the gap on borrowing. We are gaining control over our public finances and beginning to see the light at the end of the tunnel.

A local property tax should have been introduced during the boom but past Governments did not have the courage to do so. As a Deputy for the Dún Laoghaire constituency, I probably represent one of the highest concentrations of very expensive homes in the country. Many of the residents in these houses have the appearance of being asset rich but many are cash poor. I am aware of residents who purchased four bedroom semi-detached houses in the boom for between €1 million and €1.6 million in my constituency. These are not mansions or trophy homes. Indeed, many of these houses are equal to or smaller than semi-detached homes outside the Dublin area. I am also aware of three bedroom semi-detached houses which were sold in my constituency for €650,000 and terraced homes sold for €450,000. The families who purchased these homes are not millionaires. They are struggling, middle-class people. While I agree that a tax must be progressive and in terms of property tax policy measures, the local property tax proposed by Government is best international practice, I also believe that it is very harsh on the people in my constituency who bought modest homes but had to pay trophy home prices. A bigger house is not always indicative of a greater ability to pay. Just because one has a big house does not mean one is less prone to losing one’s job, to getting sick or to tragedy. Many are in negative equity or are in mortgage arrears. This proposed tax takes account of people’s ability to pay through a series of deferral arrangements but it does not take account of those who paid stamp duty of up to 9% at the top end of the market. Many of those buyers had to borrow the money to pay that stamp duty.

I acknowledge that the proposed system is, without doubt, a more employment-friendly alternative to increases in income tax or other taxes on labour which would stymie job creation. Any action taken by the Government to reduce our spending needs must be employment-proofed and this was the case in budget 2013. However, the Dún Laoghaire constituency is more than paying its way and its constituents had the highest compliance with the household charge, at 85%, while other areas only managed 55% compliance. It is only right that central Government would reward Dún Laoighaire-Rathdown County Council with its just and rightful local authority funding. As an elected representative for Dún Laoghaire, I will support this Bill but I will also lobby the Minister to ensure that Dún Laoghaire gets its fair share of central Government funding. Counties that have not paid their fair share should not get the same rewards. Those who paid the lion’s share should be rewarded accordingly. Like an antibiotic, this tax may leave us a bit nauseous in Dún Laoghaire but we want a fair share of the moneys raised to be invested back into our amenities and facilities. It would be galling if other counties did not pay and expected Dún Laoghaire residents to subsidise them.