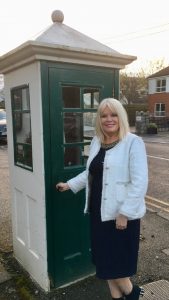 Speaking in Seanad Éireann on Tuesday 24th April 2018, on the National Inventory of Architectural Heritage, Minister Mary Mitchell O’Connor, TD for the Dun Laoghaire constituency, confirmed that a substantial inventory of the architectural heritage of Dun Laoghaire Rathdown had been completed for Glencullen, Shankhill, Cabinteely and Foxrock areas.

The Minister informed the Seanad that “Arising from these surveys, 383 recommendations have been made to Dun Laoghaire Rathdown County Council.”

In her speech, Minister Mitchell O’Connor also confirmed that two further contracts for heritage recording in Dun Laoghaire Rathdown are planned for 2018.  On completion of these, further recommendations would be made to Dun Laoghaire Rathdown County Council, and to her Government colleague Minister Josepha Madigan, who has overall responsibility for the Department of Culture, Heritage and the Gaeltacht.

“The data from the Dun Laoghaire Rathdown surveys will be added to the National Inventory of Architectural Heritage website www.buildingsofireland.ie  in the near future.”

“Perhaps the most curious is the telephone kiosk in Foxrock village, erected in 1926. It is thought to be the last surviving example in the Country.”

Minister Mitchell O’Connor thanked local community groups and Residents’ Associations for their continuing interest in the protection of the unique heritage of the County. She asked members of the public to contact Dun Laoghaire Rathdown County Council Conservation Officers if they had specific concerns, or proposals to include buildings on the Record of Protected Structures. (RPS)

The Minister stressed that ultimately it was a reserved function of elected members of the Council to add to the Record of Protected Structures in the DLR County Development Plan.