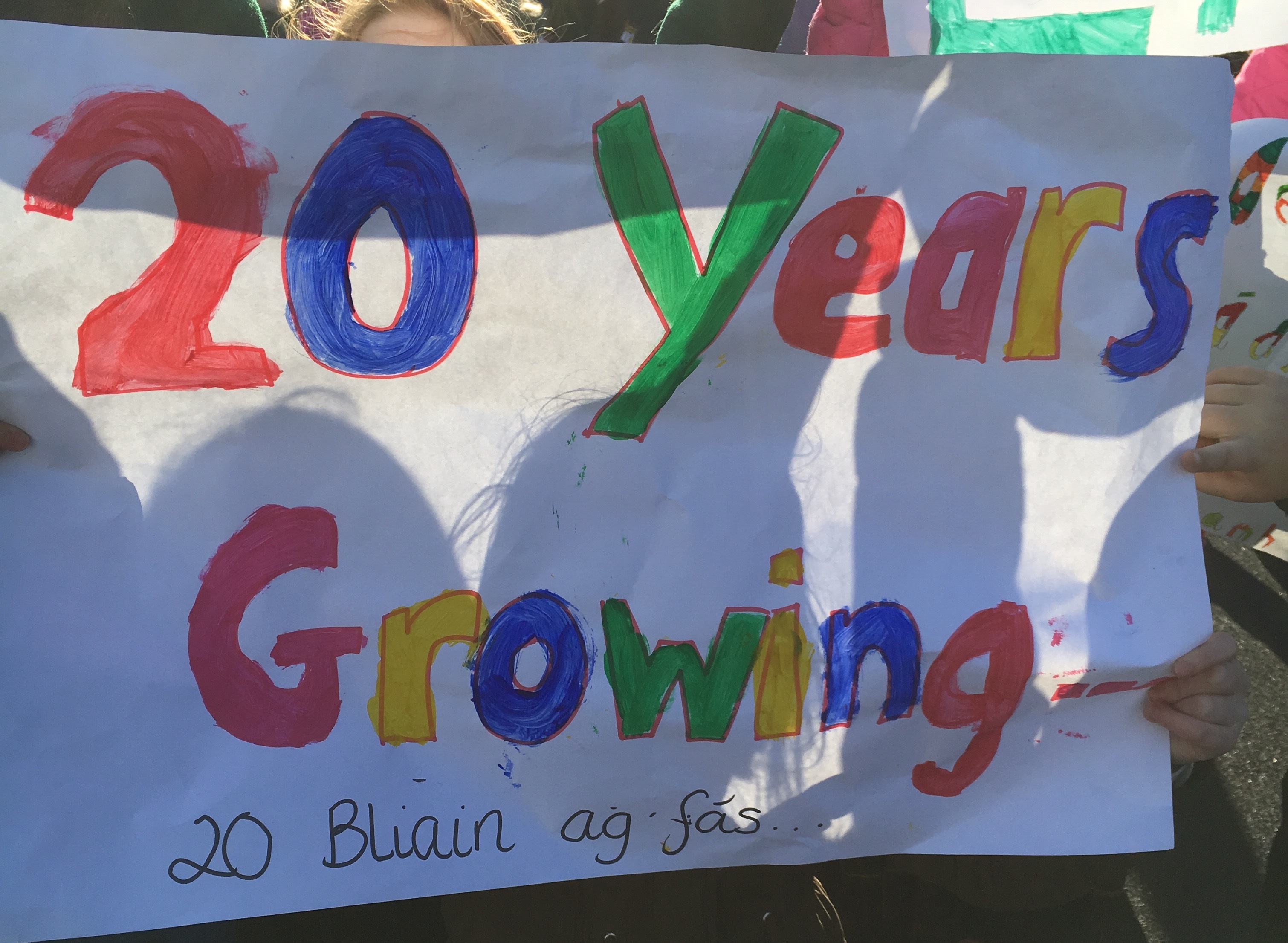 The unacceptable delay of eleven years in providing suitable and adequate accommodation for Gaelscoil Phádraig Ballybrack must be urgently addressed.

I have made representations to Mr. Alan Mc Intyre in the School Capital Appraisal Section of the Department of Education and Skills and have asked him to make this a priority for his section.

I also recently attended the demonstration in the school playground on January 25th, 2016 and met with concerned and frustrated parents.

As a former school principal, I am acutely aware of the importance of providing an educational environment that is safe, secure and conducive to learning.   Please be assured of my ongoing effort to ensure that Gaelscoil Phádraig receives the school building they have been promised and that the children deserve.

To ask the Minister for Education and Skills when Ballyowen Meadows new school building will be completed, and if she will make a statement on the matter.

The Major Building Project for this school is at an advanced stage of  architectural planning, Stage 2(b) – Detailed Design, which includes the

All statutory applications have been granted and the design team are in the
process of completing the stage 2(b) tender documentation. Once the Stage 2(b)
Tender documentation is submitted my Department will carry out its review of
the project. Following completion of stage 2(b) and subject to no other
issues arising the project will then be progressed to tender and construction.

To ask the Minister for Education and Skills when precisely will Gaelscoil Phadraig Ballybrack move into their promised building, given that in 2005 Gaelscoil Phadraig Ballybrack were promised a premises, formerly known as Archbishop McQuaid School; that Ballyowen Meadows Special School moved in to that premises at the end of 2005, that in 2010 Ballyowen Meadows School was at the Advanced stage of the Department of Education building programme and yet are still in 2015 only at Advanced Stage 2B, and if she will make a statement on the matter.

I wish to advise the Deputy that my Department remains committed to providing
permanent accommodation for Gaelscoil Phadraig. It is my Department’s intention
that the gaelscoil will relocate to the premises currently occupied by
Ballyowen Meadows school following the construction of its new school. All
statutory applications have been granted for the new school and the design team
are in the process of completing stage 2(b) tender documentation. Once this
documentation is submitted, my Department will carry out its review and subject
to no issues arising, the project will then progress to tender and construction.

Students at Gaelscoil Phádraig have been waiting over ten years for essentials such as proper classrooms, a school hall, a library, and a sports field. Without a school hall, assembly takes place in a small courtyard outdoors regardless of the weather. If it is raining, students not only remain damp throughout the day because of assembly, but Physical Education is also cancelled and students must remain in their rooms for lunch.

Minister, this is an extremely important matter that requires urgent attention as children are attending a school that is unacceptable in 2016.

I look forward to receiving your prompt response and hope that my constituents’ concerns can be clarified.

← Closing Dates for Voting
Inheritance Tax to increase to €500,000 per child →