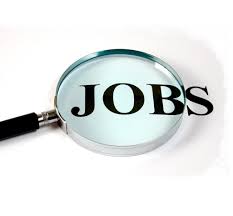 “Getting Ireland working is the top priority of Fine Gael in Government. We believe in the value of work; we understand the sense of independence and pride that comes from earning a living. We have seen 135,000 extra jobs created since we launched our Action Plan for Jobs. Fine Gael is the only party with a funded jobs plan which we will use to break the endless cycle of poverty by getting people off welfare and into jobs in Dun Laoghaire.

“During Fine Gael’s first term in Government we started to transform our passive welfare system into an active employment service that has directly benefited Dun Laoghaire. Today there are almost 95,000 fewer long-term unemployed people since the launch of our Action Plan for Jobs. But in the next Government we need to be more radical and do more to provide everyone with the opportunity to access work in Dun Laoghaire.

“Fianna Fáil cannot be trusted on jobs. Not only did their disastrous economic policies cost us 300,000 jobs but they abandoned people on the dole queues right here in Dun Laoghaire and forced tens of thousands of our young people to emigrate. Fianna Fáil still has no plan to help the long-term unemployed get off the dole and into work. Instead they want to hike welfare payments without any corresponding policy to make work pay, which will only make it more unaffordable for people to enter work.

“Fine Gael’s plan involves a whole new approach to eliminating chronic joblessness, welfare dependency and long-term unemployment. We’ll put long-term unemployed people to the top of the jobs queue in Dun Laoghaire by increasing the incentive for employers to hire those who have been out of work for more than 12 and 24 months. We will prevent young people from falling into the welfare trap by ensuring school leavers have access to further education and training.

“As the economy recovers we cannot repeat Fianna Fáil’s mistakes. During the height of the Celtic Tiger, Ireland experienced one of the highest rates of jobless households in Europe, even when unemployment was at its lowest. Building on the success of the Pathways to Work Action Plan during our first term, Fine Gael will publish a Specific Pathways to Work Plan for Jobless Households which will help to tackle long-term unemployment in Dun Laoghaire.