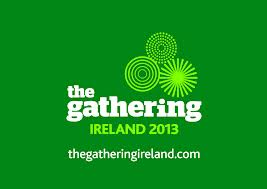 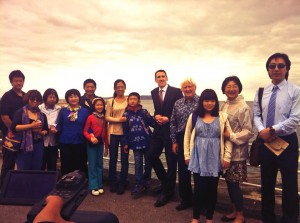 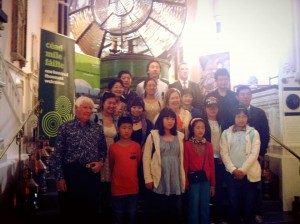 Fine Gael TD for Dún Laoghaire Mary Mitchell O’Connor has welcomed the latest official Gathering event this morning, with a group of 15 Chinese visitors arriving at the Maritime Museum and the picturesque promenade in Dún Laoghaire. An Cathaoirleach of Dún Laoghaire-Rathdown County Council, Cllr. Carrie Smyth greeted the group at the Museum and was delighted to hear of the groups plans to further explore the scenic sights of Dún Laoghaire, taking in Dalkey, Killiney and beyond, pausing for breaks along the route to paint the stunning landscapes they encounter.

The visit comes hot on the heels of the latest official data on overseas travel from the Central Statistics Office, which has reported an increase of overseas visitor numbers to Ireland up 5.4% for first half of this year, the year of The Gathering.

“We in Dún Laoghaire have a particularly strong programme of festivals and events throughout the year and we are delighted to welcome more and more diverse groups from places such as China. Through DLRCC’s ‘Continuing the Conversation’ arts policy, Dún Laoghaire-Rathdown County Council commits to engaging in an on-going dialogue and looks forward to working with artists, individuals, organisations and groups so that Dún Laoghaire-Rathdown continues to grow and develop as a vibrant home for the arts.”

After Dun Laoghaire just this week welcomed another massive boost from an estimated 2,000 visitors from the Cunard Line cruise ship Queen Elizabeth, Deputy Mitchell O’Connor also pointed to the fact that a Shanghai newspaper has voted Ireland as the ‘most popular’ destination for 2012 and urged readers to visit in 2013: “The Oriental Morning Post award is voted on by the newspaper’s readers and by travel specialists. The number of Chinese people travelling overseas has grown by an average of +22% per year since 2000; and forecasts for the next decade suggest an even greater rise. While visitor numbers from China are relatively small, it is well known that visitors from China spend more than the average visitor from closer-to-home markets.”

The Chinese group is in Ireland filming a documentary on painting in Ireland for Chinese TV in association with the well-known artist Frank Clarke of ‘Simply Painting’ fame. Frank has been working with Chinese art groups in China for over 10 years now, and was keen to showcase the beauty of Ireland to his Chinese friends.