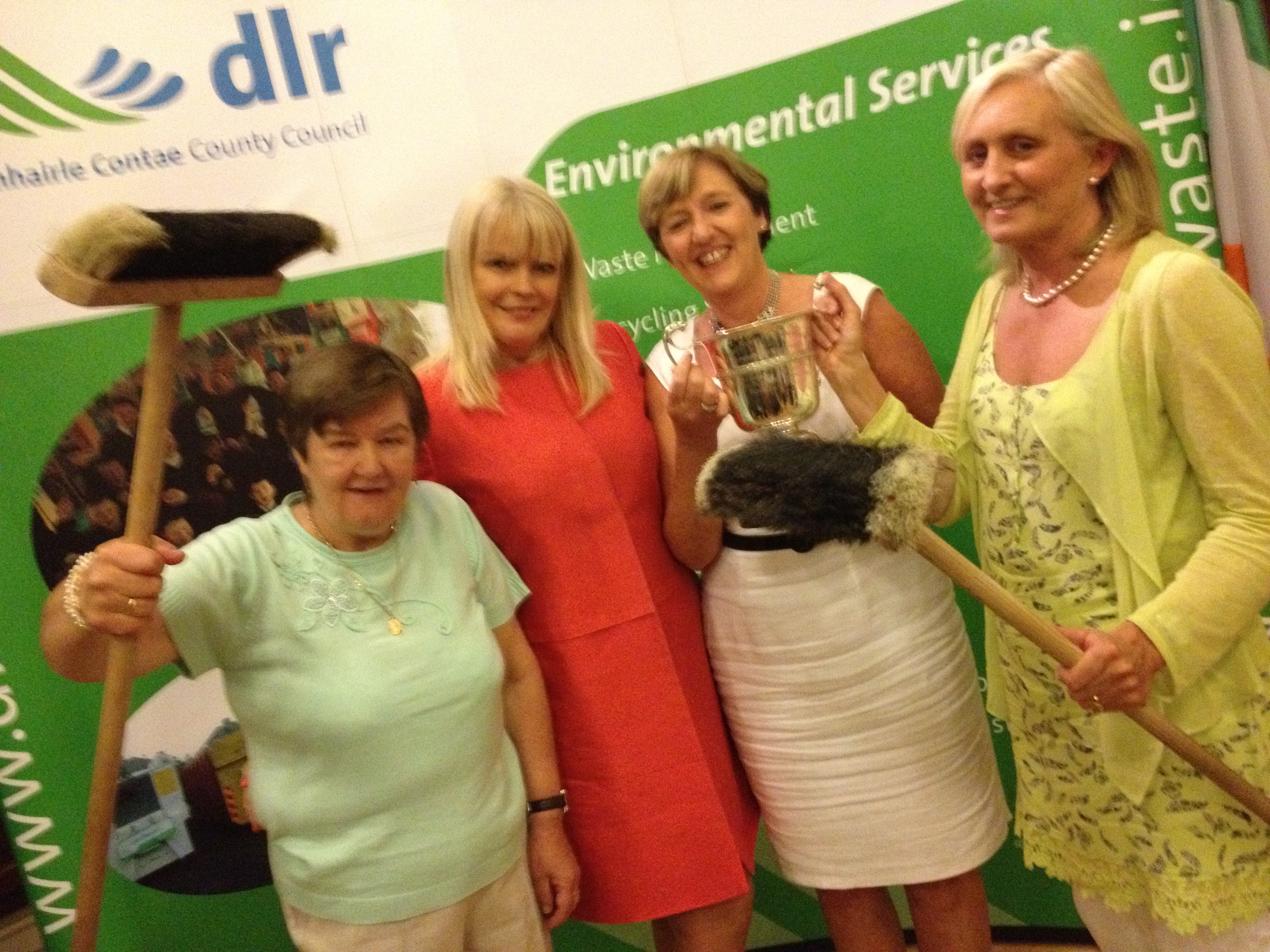 At a Tidy Districts Awards ceremony held for over 100 members of 42 local groups across the county, Dún Laoghaire-Rathdown County Council announced that Cabinteely Tidy Towns is the overall winner of the Tidy Districts Competition 2012.

Cabinteely Tidy Towns are no strangers to the competition winning best smaller urban centre for the last three years! Commenting on the award, the judging panel said that the group had shown great teamwork for the upkeep and maintenance of the village and surrounding area by working closely with the County Council, local schools, businesses and fellow residents associations.

This is the 20th Tidy Districts Awards with over 100 people from 42 different groups represented. Eighteen residential category prizes have been awarded to groups throughout the County (see attached list). Residents Associations and Tidy Towns Groups and schools between them received award money to the “tidy” sum of €8,600.

‘We are very proud of all the estates and tidy towns groups who entered this years competition, said An Cathaoirleach Cllr. Tom Joyce, speaking at the awards ceremony. ‘The standard increases every year and even with these tough times, it is very impressive to see groups of individuals who still make time to add value to their local communities by taking responsibility for their local environment.‘

“The Tidy Districts Competition gives the Council the opportunity to reward the hard working residents associations and tidy towns groups in the County. These groups take an active interest in and responsibility for their own local environments. Building this type of partnership with the Council increases the sustainability of the progress achieved and results in long term environmental improvement in the estates, towns or villages.” says Kate Hynes, Environmental Awareness Officer, Dún Laoghaire-Rathdown County Council.