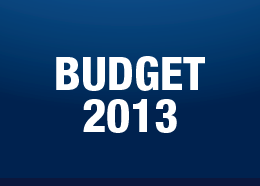 Fine Gael Dun Laoghaire Deputy, Mary Mitchell O’Connor, has warmly welcomed the changes announced in Budget 2013 which allows people to access 30% of their pension Additional Voluntary Contributions (AVC) saying this measure will put money back in people’s pockets and ultimately back into the economy.

“Under Budget 2013 proposals, people with pension AVCs will be allowed to withdraw up to 30% of the value of their contribution until 2016. This will give people access to money they have saved towards their pension so that they can spend it now when they need it and help stimulate job creation and economic.

“Today’s Budget, as announced by Ministers Noonan and Howlin, has fairness at its core. The measures contained therein are aimed at building on the progress we have made to date, while seeking the most effective ways to encourage future growth by assisting businesses to expand and create jobs.

“The measure to allow people to access a portion of their pension AVCs will help to stimulate the small and medium business sector in particular, as it will give people spending power that they may not have already had.

“This move is something that I have been calling for for some time. I met with pension professionals and delegations from IBEC and IBA earlier this year on this issue, and am delighted that this positive move has been incorporated into Budget 2013.

“Knowing the pressures many people with sizeable AVCs are under, it makes perfect sense to give people access to their money in this way and I have been urging the Minister for Finance, Michael Noonan TD, to consider creating greater pension flexibility. We need to be innovative in how we generate economic growth. We must also ensure that younger people are encouraged to provide now for the future. Demonstrating greater pension flexibility now will encourage them to do that.

“According to IBEC figures there is approximately €4 billion in additional voluntary contribution savings. Allowing people to access their pensions early will give a much needed shot in the arm to local economies as additional spending will undoubtedly create and sustain employment.

“For those at the other end of the scale, who may be coming close to retirement age but are not quite there yet, altering the pension system to allow them to unlock and use part of their pension savings, which will enable them to spend their money today and live in greater comfort.”